Gnosticism and the Gnosis are often found in unexpected places, I’d argue that’s its nature, so the Gnosis is transmitted to us through comic books, old jars in fertilizer pits, peasants born in barns, and through other lowly, weird, and unanticipated, conduits. Pop culture has long loved the Gnostic mythos, after all, it’s a hell of a story, and it’s fun to work into a narrative, and there are many famous examples of novels and movies made with deliberate Gnostic themes.

But when one of our recent guests asserted that Dude, Where’s My Car, is his favorite Gnostic movie, it got me thinking about more obscure and surprising works where Gnosticism appears either intentionally or bursting up from the creators subconscious. So, I’m doing this series highlighting of lesser-known Gnostic works, no Matrix here, and please (please, please) add your own in the comments section! 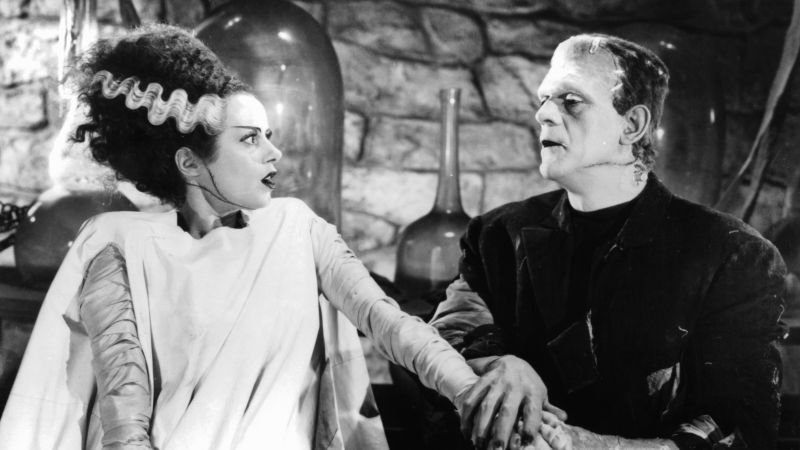 Now I don’t know (and I don’t know if it’s knowable) if director James Whale had Gnosticism in mind when he created this 1935 horror classic, but it’s obvious he meant to meant to invert religious tropes (it’s pretty heavy, there’s an even a crucifixion) and portray an existentialist dread about the horrors of this world. An evil creator who makes beings for his own ego and whose creations are in many ways more superior and moral than him…hmmm sounds familiar. Plus, the absolute obsession you find in Gnostic texts with the making of Adam and Eve and the creation of gendered humans is shockingly echoed in this monster flick. 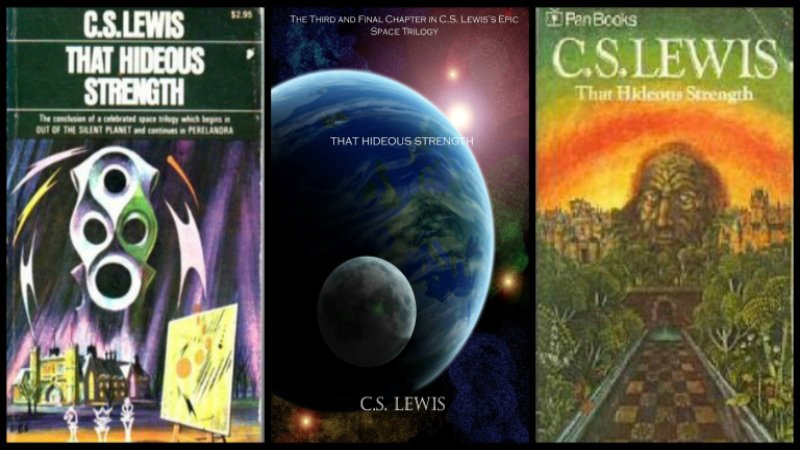 Defender of orthodoxy and stodgy Anglican C.S.Lewis would most certainly be appalled to have his works lumped in with the Gnostics. But while best known for Narnia he also wrote a religious-tinged sci-fi trilogy and his mixing of mystical Christianity combined with planetary angels, demiurgic rulers, Arthurian mythos, and Platonic philosophy, all adds up to a form of Gnosticism (sorry C.S.).

The third novel in the series, This Hideous Strength, is of special note— it’s a peculiar little sci-fi/fantasy/spy thriller portrays what its like to live spiritually “behind enemy lines,” better than any other work I’ve read. It’s entertaining (honestly I love Lewis but the preceding two books in the trilogy are snoozers) strange, and rivals The Gospel of John for thrilling Gnostic paranoia about living in the world of darkness.

The Fantastic Four: The Galactus Trilogy 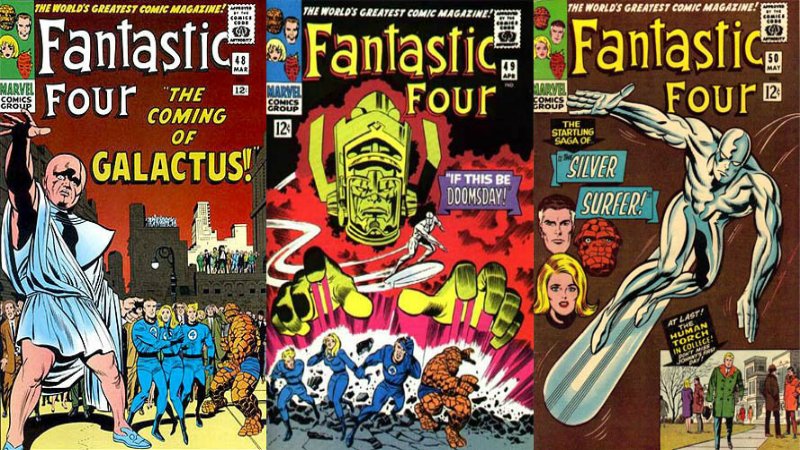 In 1966 there were no “graphic novels” or aspirations of pretension in comic books, they were adventure stories for kids, but writer Stan Lee and artist/writer Jack Kirby were changing that with The Fantastic Four. While definitely still pop culture action books for the younger set, FF still reflected a growing maturity in the medium. And at this point, they had 48 issues under their belt and maybe Stan and Jack felt like they were starting to run out of ideas, they had done it all so what else could they throw at the superhero team of the Fantastic Four? Then Stan Lee said four fateful words:

“HAVE THEM FIGHT GOD!”

And so, Galactus, the devourer of worlds and his herald, the archon the Silver Surfer, face off against the FF for the fate of the world. There’s nothing more gnostic than fighting God, and while they may not have had or known about the Nag Hammadi scriptures or the teachings of some forgotten second-century heretics but they wrote their own gospel and channeled a classic piece of superheroic Gnosis.